Verra is the common name of the planet (world) on which Ashes of Creation exists[1]. Difference races will naturally have their own names for 'the world' as they know it. As players would expect in any MMO world, Verra will have a large variety of environments on both land and sea that include resources to obtain and creatures to destroy. Unlike other games, however, this world is ever changing and growing through the use of Nodes and player economy. Because of this, Verra on one server may look similar but feel very different from the world on another.

Zones (or regions) are unique to each other in that they are tied to different ecosystems.

The mainland areas will house a majority of the Nodes available for development. Regions have not yet been revealed.

The Underrealm was added as a zone during the Kickstarter funding period of the game. This area includes water and bio-luminescent landscaping.

The sea will include multiple islands to explore, vast aquatic creatures and PVP based ship-related battles. Trade routes will be established between mainland areas to provide faster and more efficient ways to move supplies and goods. But similar to the ocean based content in ArcheAge, players will need to be prepaired to defend their ships and move cargo quickly if they choose to transport it via the sea. This doesn't always mean from pirates or other players either. Less interested in the cargo, and more in the intrustion of players are massive sea monsters.

Unique to Ashes of Creation is the Node system. Each Node has a 'Zone of Influence' (or ZOI) that changes and grows in direct response to player activity and the economy. Nodes that start out as a small camp or village can evolve over time into a large city.

Castles are buildings that can be obtained by guilds. There are currently 5 castles available in the early Alpha version of Ashes of Creation. Each castle consists of three adjacent Nodes that the guild controls. While a castle can be attacked at any time, it can only be placed under siege once a month. Each Node can be attacked for a week during the three weeks prior to a castle siege.

All players can potentially have access to Housing. There are several options available including city-only apartments and Freeholds. 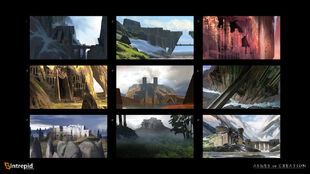 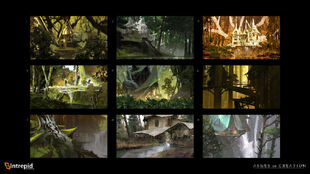 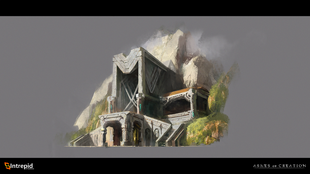 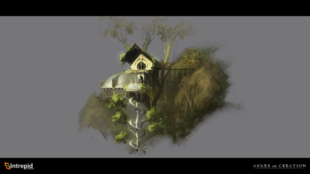 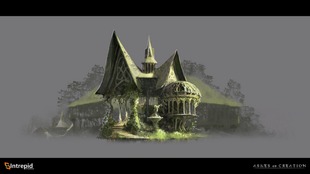 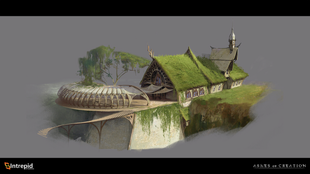 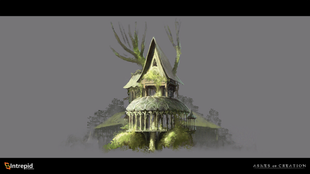 Py'rai architecture concept art
Add a photo to this gallery 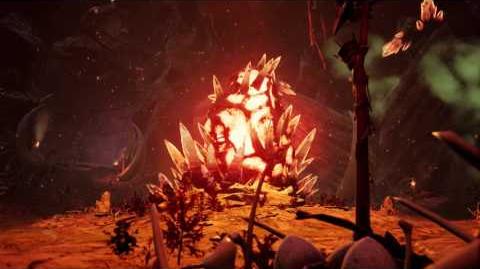 Retrieved from "https://ashesofcreation.fandom.com/wiki/Verra?oldid=975"
Community content is available under CC-BY-SA unless otherwise noted.